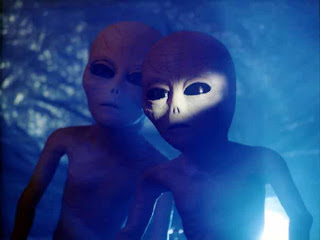 Aliens are not from other planets. They are interdimensional beings used as tools for the higher evil beings that exist around our dimension. I believe the greys are hominoidal type beings. They are a mixture of genes that compose biological entities that have been manufactured by the higher realms to pass between dimensions. The watcher overlords have been creating these beings from the abductions and are in fact hybridization projects that started a long time ago.

These alien beings can function in our reality much better than the larger beings, the demons that exists in much lower vibrational fields than ours. They are bi-dimensional in that they can make their vibrations match better with our reality. These entities can cross densities and go in and out of our world. They know the mechanics of creation and they use these entities as incarnational opportunities. They are not a creation that God has allowed or intended. They are the creations of the Fallen Angels that allow them to act as portals into our world.

It is fair to conclude from thousands of witnesses and obductions that hybridization is part of the picture. People are being abducted against their will. The forces seem to be conducting genetic experimentation and acting on us to create something else. They have been here all along, and they are never far away from this reality. The alien plan if you will is in its purest sense, stalking of human beings.

The whole purpose of this is not understood by me or anyone else at this point. It could be to create a vibrational prison for us, scoop us away to their farm, and artificially control our environments to ensure predictable behavior. It is surely a terror regime, but they figure it's better than giving us up to The Creator. I believe in the age old battle between God and the Fallen ones, and this is a part of it. But they cannot let humanity know of it, because then the veil would've been lifted and the demonic plan is lost.  Do they think they can trick God by doing this? I don't know their entire plan but it looks like they are trying. God gave the world to Satan after the war in Heaven, and all the demons were cast down to earth. It is described in the bible, if anyone would just care to read it. I don't think it was just a symbolical verse, but a real fight in heaven because Lucifer wanted Gods glory and is definetely not giving his world domination up easily.

The War in Heaven :Revelation 12 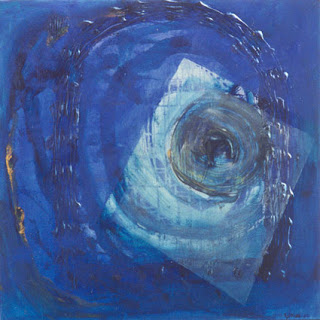 This is an every day magic lesson. You can build a thought form and send it on your way or build one that stays in your own place or home to work for you permanently.

Basic thoughtform energy raising can be a quick thing that you must formulate at a whim and send it away to do its business. They are very effective, like a cuzz on someone, so be careful. Simple magick often works most effectively.

The protection of a home, office or status is a type of permanent thoughtform. One can do it every day using a quickie chant to program it with more energy. You can even put it somewhere specific and bring it with you.

You can send it into a ball. Talk to it like a friend make sure it
knows you. A thoughtform can take a life of a critter or watchdog.
If its programmed to protect your house they're going to make people want to get out and away from your place. If someone new is coming inside your house, show the thoughtform a picture of that person or just tell it about them first, and that it is ok.

If not the person might feel very uncomfortable in your home and want to leave.

You can tell your thoughtform to work a little harder to get more money this year. The thoughtform really does exist, its not just an exercise. Everything can be used for good or evil. If you have love and pure intention the thoughtforms you create are going to be nice.

RIPPLES IN TIME AND DEEP FREEZE

What happens when people go in and out of time?

I have to write about metaphysical things, because it boggles my mind. This is something a man involved in the Philadelphia experiment said about people going in and out of time. This is not the same as a Catatonic schizophrenia state, but a real physical-dimensional breakdown in time and space (I adjusted some of the writing because the style of it was weird and incoherent). Keep in mind that if you have a premonition, you might have experienced what I have, a frozen warped time sensation where time basically stands still.

The man says "If a man Freezes, His position Must be Marked out carefully and then the Field is cut-off. Everyone but that "Frozen" Man is able to Move; to appreciate apparent solidity again. Then, the Newest Member of the crew Must approach the Spot, where he will find the "Frozen" Mans face or body that is not covered by usual uniform Clothing (are naked, clothes could be left behind in another spacetime).. Sometimes, It takes only an hour or so but sometimes all Night & all DayLong & Worse It once took 6 months, to get The man "Unfrozen". This "Deep Freeze" was not psycological. It is the Result of a Hyper-Field that is set up, within the field of the Body, While The "Scorch" Field is turned on. If someone touches the man in another timefield this can cause frozen state. They have to move him quickly if it happens to get him back to this timefield. If they collapse, get him away from anything solid (one could hang him by a thread in the ceiling, so only the thread can penetrate his body when it happens, and not solid matter like walls or floors).

A Highly complicated Piece of Equipment Had to be constructed in order to Unfreeze those who became "True Froze" or "Deep Freeze" subjects. Usually a "Deep Freeze" Man goes Mad, Stark Raving, Gibbering, Running MAD, if His "freeze" is far More than a Day in our time. The reason the subject go crazy can be residual molecules, atoms vibrating faster or slower, or just oxygen bubbles messing with the brain.You kind of get divers disease when jerked in and out of these time fields."

He continues: "I speak of TIME for DEEP "Frozen Men" are Not aware of Time as We know it. They are Like Semi-comatose person, who Live, breathe, Look & feel but still are unaware of So utterly Many things as to constitute a "Nether World" to them. A Man in an ordinary common Freeze is aware of Time, Sometimes acutely so. Yet They are Never aware of Time precisely as you or I are aware of it. The First "Deep Freeze" As I said took 6 months to Rectify. It also took over 5 Million Dollars worth of Electronic equipment & a Special Ship Berth. If around or Near the Philadelphia Navy Yard you see a group of Sailors in the act of Putting their Hands upon a fellow or upon "thin air", observe the Digits and appendages of the Stricken Man. If they seem to Waver, as tho within a Heat-Mirage, go quickly & Put YOUR Hands upon Him, For that Man is The Very most Desperate of Men in The World. Not one of those Men ever want at all to become again invisible. I do Not think that Much More Need be said as to Why Man is Not Ready for Force-Field Work." No wonder God kept this world of ours in a stable time state, or we would all be out of our minds or dead.

There are some decade-later after effects of Force-Field Work. When describing the states they were in, they refer to  "Caught in the Flow", or Describes exactly the "Stuck in Molasses" sensation of a Man going in a "Deep Freeze" or "Plain Freeze"."Caught in the Push" can either refer to That Which a Man feels Briefly WHEN he is either about to inadvertantly "Go-Blank" IE Become Invisible" or about to "Get Stuck" in a "Deep Freeze" or "Plain Freeze."

"There are only a very few of the original Experimental Philadephia Ex’s Crew Left by now, Sir. Most went insane, one just walked "throo" his quarters Wall in sight of His Wife and Child. Two other crew Members (WAS NEVER SEEN AGAIN). Two "Went into "The Flame,"spontaneously combusted, or "Froze" or caught fire, while carrying common Small-Boat Compasses. One Man carried the compass and Caught fire, the other came for the "Laying on of Hands" as he was nearest but he too, took fire. THEY BURNED FOR 18 DAYS. The faith in "Hand Laying" Died When this Happened & Mens Minds Went by the scores. The experiment Was a Complete Success. The Men were Complete Failures."

Notice the tone of the speaker and random capping of the first letters and acting like being influenced by something oppressive. But that's a sidestep. Except if you sidestep time itself, physical laws tells us that the other dimensional variables are coming along with it as they are relative and dependant upon each other. I think there are many layers of planes.  Different beings exist on different planes. Some can cross over to others, and some are stuck, like ghosts going down the same corridor repeatedly. After the war in the Heavens God threw Satan and his angels down to the proximity of Earth, meaning we might not be very far away from them astral plane wize, and very close to our time-space 'fabric'.

He ends the letter by telling the reader to do his own research so he can choke on it (the truth?) and goes off with "Very Disrespectfully Yours,Carl M. Allen".


This is from the page link 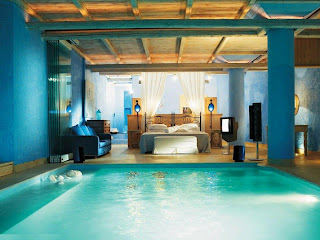 Je alrite, so this is a blog. So am I going to bug you with all my thoughts? Even though it's therapy to sit and rant online I will try to make it more interesting than my own pathetic issues. And I want to add content as time goes by, even if that is jinxing it by saying it.  But omg I got a blog. Fasten your seatbelts this could get ugly.
Lagt inn av Veronica kl. 09:24 5 kommentarer: